A march protesting Human Trafficking took place yesterday 21 March (Human Rights Day) from Keizersgracht Road to the gates of Parliament in Cape Town, where a memorandum was handed over to a representative of Parliament by Mrs Bernadette Kibe, Secretary of the St Anne’s Sodality. Archbishop Stephen Brislin (as well as several priests) also participated in the march and the Archbishop offered a prayer for the police. The march was organised by the St Anne’s Sodality of the Archdiocese of Cape Town and Justice & Peace were also represented. Below are a selection of pics of the event. 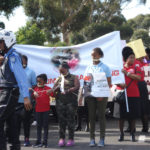 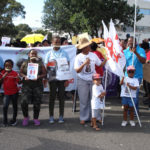 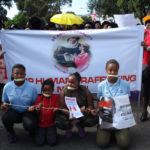 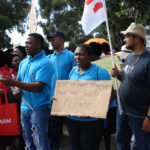 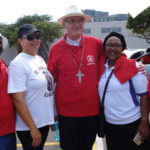 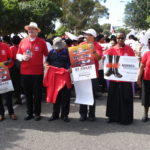 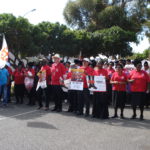 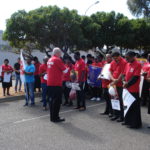 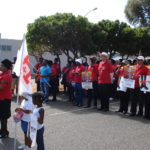 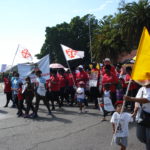 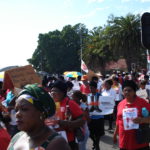 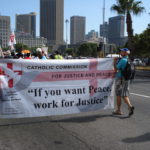 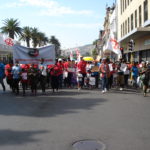 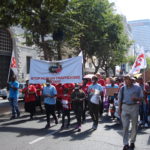 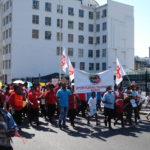 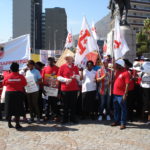 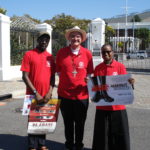 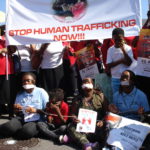 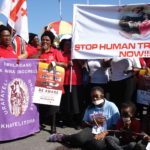 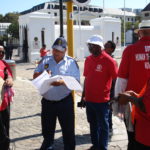 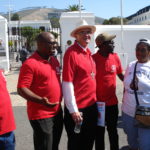 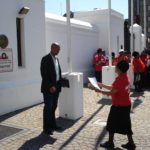 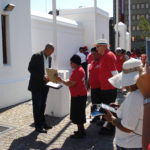 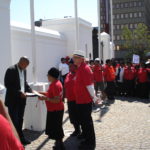 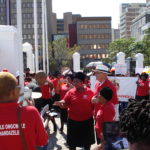 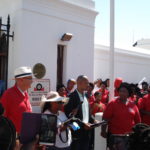